eszFW is a cross-platform game engine written in C. It's aimed at platformer games. This project is the logical continuation of my older projects Rainbow Joe and Boondock Sam.

The documentation can be generated using Doxygen:

A automatically generated version of the documentation can be found here: eszfw.de

You are invited to contribute to this project. But to ensure a uniform formatting of the source code, you will find some rules here:

If you wanna see a previous version in action, take a look at the demo application. 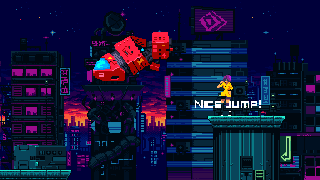 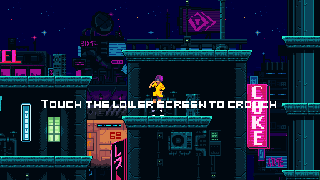 An Android version is available on Google Play:

Even though hardly any games are written in C nowadays, there are a few noteworthy titles that meet this criterion e.g. Doom, Quake, Quake II, and Neverwinter Nights.

This project should show that it is still possible and that C (and procedural programming in general) is often underestimated.

With that in mind: C is dead, long live C!

The abbreviation esz is a tribute to my best friend Ertugrul Söylemez, who suddenly passed away on May 12th, 2018. We all miss you deeply.

The program has been successfully compiled and tested with the following libraries:

First clone the repository including the submodules:

The easiest way to get eszFW up and running is Visual Studio 2019 with C++ CMake tools for Windows installed. Just open the project inside the IDE and everything else is set up automatically.

Alternatively just use MSYS2 with CMake and a compiler of your choice.

To compile eszFW and the included demo application, simply use CMake e.g.:

If you wanna compile eszFW with libTMX instead of cute_tiled, just enable the respective CMake option:

cute_tiled by Randy Gaul is licensed under the zlib licence.

This project and all further listed libraries are licensed under the "The MIT License". See the file LICENSE.md for details.

Every other work that is not explicitly mentioned here is also under public domain.